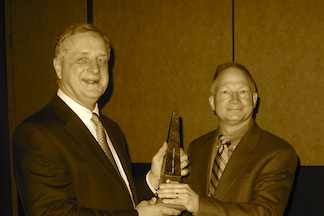 In 2001, Dr. Banning was challenged to develop a new Cyan for use in Xerox’s Phase Change Hot Melt Ink. Dr. Banning’s first approach was to employ Cardolite® NC-510 as an intermediate in making a substituted phthalocyanine dye that would be compatible in the ink base. Cardolite® NC-510 is a 3-n-pentadecylphenol derived from CNSL and has been described by Dr. Banning as “just the kind of molecule I was looking for.” This approach successfully passed all performance requirements. Other phenols were subsequently studied, but none demonstrated sufficient properties to support more extensive testing. A large team of scientists and engineers were involved in bringing this product to commercialization which today continues to be a key dye for Xerox’s hot melt inks. Dr. Banning described this dye, originally coded Cashew Blue, as the most beautiful cyan dye. This project is among Dr. Banning’ several accomplishments that include the invention, development, scale up, and commercialization of many product lines and the publication of over 100 U.S. patents in his 24+ years career. 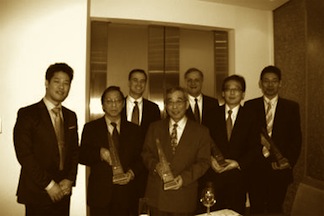 While working as a team at Yokohama Rubber Co in the late 80’s and early 90’s, the group developed a bead filler compound for high performance tires based on polymerized cardanol. Cashew based products were already being used to improve bleeding on the surface of green rubber, but the cardanol based product gave an extremely high hardness after vulcanization while keeping the viscosity of the compound low during processing. Mr. Shigeru Shinoda, Mr. Masayoshi Daio, Mr. Hideki Ishida, and Mr. Tetsuji Kawazura were named as the inventors in the Japanese patent application of October 8, 1991 and were granted a US patent on November 30, 1993. This technology continues to be an important part of current tire manufacturing. 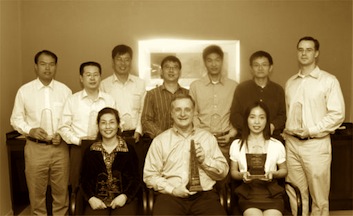 The Zhuahi plant of Cardolite Corporation has gone from just an idea in 2002 to today being the largest plant in the world of cashew nutshell liquid derivatives. Since it really only began significant production in 2004, the team at Zhuhai has accomplished this in 5 short years. Along the way in these 5 years, the scope of the plant was not only greatly expanded, but significant additional capacity was added. This type of growth, naturally, had some growing pains along the way, but, overall, our major customers were perfectly serviced as they also grew exponentially. The magnitude of the task cannot be underestimated. The “Zhuhai Start-up Team” not only had to construct a plant where only empty land stood, but had to develop internal management systems and hire people. Over 100 people now work at Zhuhai.

Although it is hard to draw the line in identifying those individuals that accomplished this feat, the award committee chose to limit it to those who were there in the early days and/or provided essential guidance to the development of the plant. Therefore, the group is: 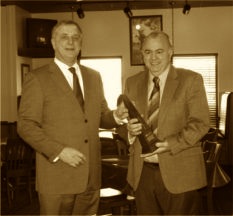 Since the early 80’s, Joseph Formolo has been a formulator with the currently named Railroad Friction Products. Joseph is responsible for many innovations in his formulae using CNSL. He has continually increased the amount and number of CNSL based products used in friction material for railroad braking. Examples of the specific performance he has achieved with cashew based products are: friction level adjustment in compounding; cost reduction; better compatibility; reduced wear; better flexibility; and substitution of hazardous raw materials. 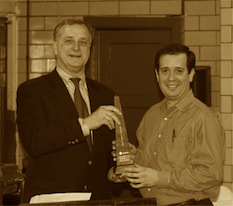 Angel has worked in various capacities in the production organization of Cardolite since joining in 1989. Cardolite experienced tremendous growth during the time, and Angel’s leadership of the production activities consistently supported the huge volume expansion while also increasing productivity. He lead innovations in friction particle production (a semi-continuous process) and cashew distillation (light color) as well as numerous other process improvements. 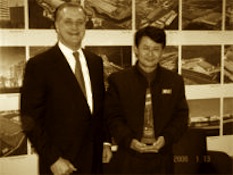 S. K. Shin and J. C. Moon while working as the leaders of the marine coatings group at Korea Chemical (KCC) in the early 1990’s, were the first to use the new low viscosity phenalkamines and formulate a benchmark marine paint for KCC that was high in solids, quick dry, high in abrasion resistance, and user friendly. A few years after the introduction of that paint, they then adopted the new lighter color version of the low viscosity phenalkamine. This significantly reduced wet color variation of the paint as well as bringing in other desirable properties. 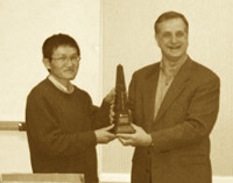 Zhisheng (Jim) Dai brought the most recent innovations in products and markets to CNSL technology. Since joining Cardolite in 1993, Jim led the development of the Lite series of products, low viscosity and unique adduct epoxy curing agents, specialty modifiers for epoxy systems, new liquid friction resins, and distinctive friction particles. In addition to these technical developments, Jim was the driving force in establishing the Chinese market for CNSL based epoxy products, greatly expanding the use of friction particle in China, and construction of a production facility for CNSL based products in Zhuhai. 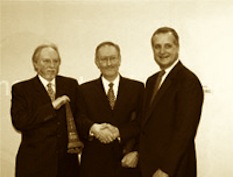 AKZO, at the time International Paint, recognized the need to coat ships in Korea all around the year. There was a urgent need for fast curing agents. Alan Penman was asked to find a solution and discovered the phenalkamine technology. They rapidly developed a phenalkamine curing agent and improved it to make a product which revealed to be very efficient. Alan Guy took then the baton to further develop the technology. International started the production in Felling and Alan Penman was again coming on board to further develop the technology. All these developments and implementation works were done under Ken Baxter’s supervision. The production capacity was rapidly filled. Both Alan Penman and Alan Guy claimed not to have thought of such a success when they started their research and development works. 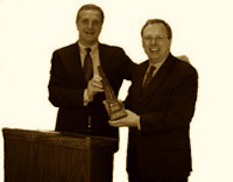 Eric Van Nevel’s efforts since 1986 as the head of Cardolite’s ex Americas sales have established cashew based, phenalkamine epoxy curing agents as the standard for low temperature, quick cure in the marine and protective coatings industry outside North America. From a base of virtually zero, current sales of cashew based epoxy products outside the Americas are many millions of dollars and pounds. The business now eclipses the American business and is recognized as a mainstream technology in epoxy coatings.